The HPP270 Series includes two hydrogen peroxide probes with PEROXCAP technology and analogue/digital outputs. It was developed for manufacturers, service providers and end users who use vaporized H2O2 for their bio-decontamination and disinfection processes. In addition to H2O2 the HPP272 also measures temperature and humidity (relative humidity and relative saturation) which allows it to be directly implemented in bio-decontamination of laboratories or in hospitals. The HPP270 Series is part of the Indigo family and thus compatible with its transmitter.
Find out more about the Indigo transmitter here.

Benefits of the HPP270 Series

Accurate and reliable measurements even in high humidity environments
The new PEROXCAP technology was designed to produce precise measurements right up until condensation.

Three parameters in one sensor
In addition to hydrogen peroxide the HPP272 also measures temperature and humitiy (relative humidity as well as relative saturation. It delivers reliable H2O2 readings (in ppm) throughout the entire bio-decontamination procedure.

The HPP270 series is compatible with the Indigo transmitter system which can even be configured via smartphone. As a stand-alone probe it can easily be configured, calibrated and adjusted with Vaisala's Insight Software.

Learn more about the proven Vaisala PEROXCAB technology, which is the core of the HPP270 series probes.

Since early 2020 the Corona pandemic has a tight grip on most parts of the world. The scientific and medical communities currently believe that COVID-19 is transmitted through sneezing and coughing or through contact with contaminated surfaces. The virus responsible for this potentially lethal disease can be combated with a number of antiviral agents recommended by the WHO as well as the US CDC. Among them are hypochlorite (bleach), alcohol, quaternary ammonium compounds, phenolic compounds, and hydrogen peroxide. Together with the Korean Center for Disease Control, Finnish manufacturer Cleamix Oy was able to deploy their portable and efficient bio-decontamination devices in Korean biosafety labs in the early days of the Corna outbreak. These vaporizers include Vaisala's HPP270 series hydrogen peroxide probes designed to monitor and control the H2O2 vapour.
Achieving a 6-log reduction in microbes within the two-day decontamination period, which is still going to be optimized, the operation was a success.
Read more about the details of this case. [337 KB] 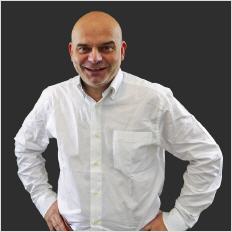 No items in your cart.

No items in your shopping cart.